Vintage grain sack fabric has become increasingly sought after in recent years and for good reason. These sacks were woven in communities in rural Europe. The sacks that I source and sell come from Hungary and surrounding countries. These fabrics were woven  prior to world  war 2. The fibres were grown and harvested then processed by peasant families. It was a lengthy process, after harvesting the hemp fibres were soaked in water ( a nearby river, lake or pond )for 6 weeks before the fibres were broken u and then spun before weaving.

These homespun, home-woven fabrics are beautiful, sturdy and characterful.  These fabrics most often have a red or blue stripe,  less common are brown, black, purple and grey. The stripes indicated to the mill the owners of the grain bought for milling. Sometimes embroidered monograms were also added 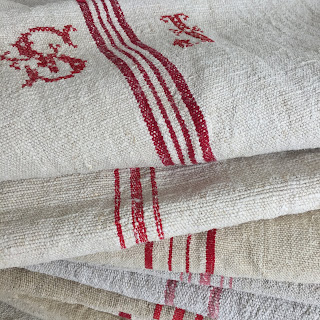 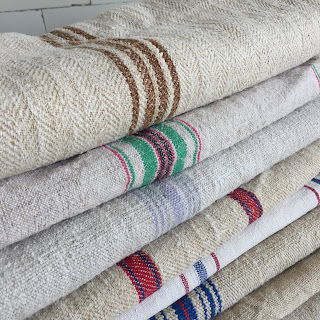 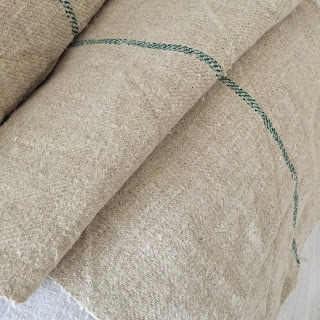 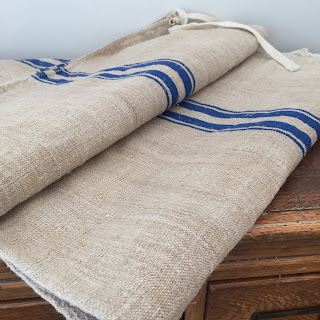 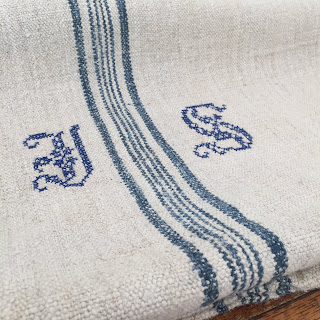 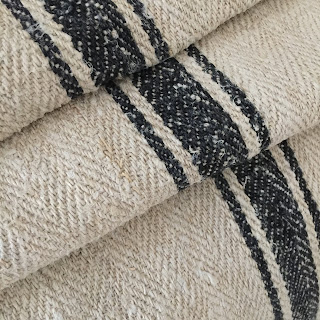 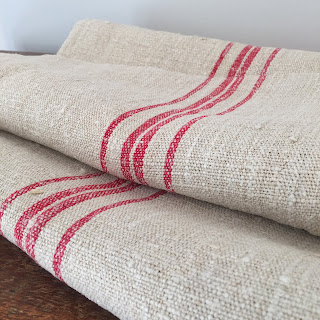